Is liposuction only for women?

Liposuction is intended for men and women who wish to improve their silhouette and regain the well-being and dynamism they have lost because of their overly generous shapes. It is preferable that the skin of the patient is still well toned. However, liposuction is not recommended for women who have a maternity project: they will therefore have to wait until they have given birth before considering this operation. This one is also contraindicated for the big obese who will be able, however, to have recourse to it after a thinning which will rid them of the recalcitrant localized overloads. For a liposuction, it is better to have a stable weight with fat clusters well located. For people who are overweight, it is preferable not to diet before but rather after the operation indeed, it is preferable to arrive fit. In all cases, liposuction acts as a slimming booster.

Caution : liposuction does not remove cellulite and does not improve the appearance of the skin! But it can get rid of a large number of fat cells.

Liposuction lightens the body by removing the double chin, unsightly bulges, especially on the hips, stomach, but also the saddlebags, knees, ankles, etc..

How to prepare myself before liposuction

A blood test will be required, as well as a consultation with the anaesthetist and, if you have had problems with deep phlebitis, an ultrasound Doppler !

After liposuction, the postoperative after-effects

The time required to recover from this procedure is proportional to the amount of fat removed. Bruising and swelling appear at the treated areas. They disappear about 10 to 20 days after the operation. Pain is variable and some fatigue may be felt.

Allow for a short week’s rest. A normal activity can be resumed 3 to 6 days after the operation – this time is, of course, given as an indication and varies according to the importance of liposuction and your professional activity… Depending on the type of anaesthesia performed, it is also possible that you may be asked to not eat or drink anything within 6 hours before the operation.

The operation is done in Paris, the doctor uses a cannula connected to a suction system. The incisions are short (3 or 4 millimetres) and discreet (they are often hidden in a natural fold). The length of the procedure varies depending on the amount of fat to be removed and the number of areas to be treated – count on average one to two hours. At the end of the operation, a modelling dressing will be applied and covered with an elastic compression garment (sheath, panty, etc.).

Weight loss can be significant but is not directly related to the amount of fat sucked in. In fact, no more than 5 litres of pure fat are ever sucked in, even in obese patients, because of the surgical risks involved and the fatigue that this would cause in the patient. Nevertheless, however satisfactory the results may be, liposuction does not achieve perfection. The result can only be appreciated after several months. Massages are often indicated to refine the result. However, imperfections can be noticed : insufficient correction, residual asymmetry or surface irregularities. Small touch-ups can be performed under local anaesthesia from the 12th month following the operation.

What are the possible complications of liposuction?

The real complications are exceptional after a quality liposuction : a great rigour in the indication and the surgical realization must ensure in practice an effective and real prevention. Liposuction, although performed for essentially aesthetic reasons, is nonetheless a real surgical procedure, which implies the risks associated with any medical procedure, however minimal it may be.

To be complete, however, we must mention, despite their usual rarity :

The use of a qualified plastic surgeon assures you that he has the necessary training and competence to know how to avoid these complications, or treat them effectively if necessary.

Concerning the surgical procedure: By choosing a qualified and competent plastic surgeon, trained for this type of operation, you limit these risks as much as possible, without however completely eliminating them. If you notice one or more complications, contact the plastic and aesthetic surgeon immediately.

What are the possible complications of a body lift?

Fortunately, real complications are rare following a body lift performed according to the rules. In practice, the vast majority of procedures go smoothly and patients are fully satisfied with the outcome. However, and despite their rarity, you must be informed of possible complications :

Overall, thanks to the technical improvements, the body lift has become a much more reliable operation, i.e. more effective, while reducing the risk of complicated post operations. We should not overestimate the risks, but simply be aware that a surgical operation always involves a small proportion of risks. Distinguish complications related to anesthesia from those related to surgery. 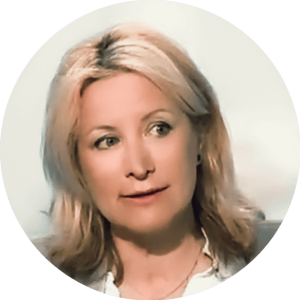